Madeleine: a case of bad parenting?

Within hours of Madeleine McCann’s disappearance, criticisms were being voiced about her parents' ‘flawed’ supervision. Expect more holier-than-thou attitudes as society drives us all towards ‘perfect parenting’, says sociologist Dr Anneke Meyer.

In a speech at the University of Kent on May 21, the MMU lecturer in sociology and cultural studies, argues that pressure to become the perfect parent is mounting and unrealistic.

Her paper "Paedophilia and Parenting in a Climate of Fear" is based on current research and interviews with parents from different socio-economic backgrounds.

Alarmingly, she found that parents are particularly worried about precisely the places their children should be safe - playgrounds, nurseries, schools, and parks. These, she says, have become known in the public consciousness as "paedophile hang-outs", leaving parents with no escape valve.

Dr Meyer says: "There is a pressure on parents to give their children space and allow them to develop autonomously, while at the same time they are expected to protect children from risk by supervising them to a huge degree.

"These demands are so conflicting that parents never feel entirely satisfied with what they are doing," she says.

She contests that cultural pressure to become ‘Better Parents’ is leading to unnecessary frustration and insecurity, and even if parents nowadays get it slightly wrong you are perceived as 'overprotective' or 'irresponsible'.

"Because risk is closely tied to responsibility and blame, parents who allow their children considerable freedom can be blamed when certain risks afflict their children," she says.

"The culture of denigration and blame is not only perpetuated by the media but also by parents themselves as many parents construct themselves as good parents by condemning other parents and their practices as bad."

And with it becoming increasingly difficult for parents to allow their children freedom Dr Meyer predicts that the number of parents who allow children independence is likely to fall further.

- She presents her paper at the 'Monitoring Parents: Childrearing in the Age of ‘Intensive Parenting’ Conference', May 21-22 at Kent University. 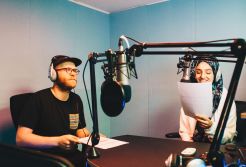 The Rise scheme provides new opportunities, such as volunteering abroad or learning a new language 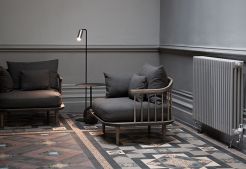 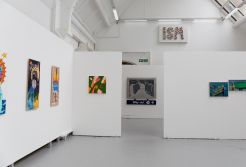 A new scholarship for alumni of our BA Fine art course