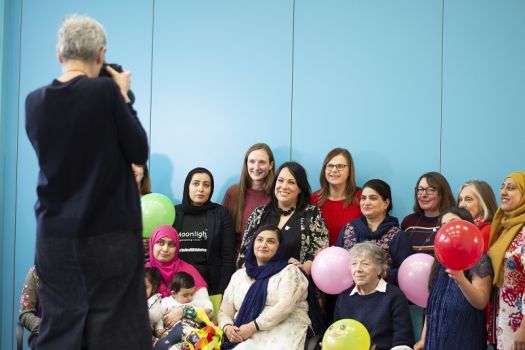 A new photography exhibition in Parliament featuring portraits of all 209 female MPs to mark 100 years since suffrage includes work by a School of Art academic.

Dr Sian Bonnell, Reader in Photography, is part of ‘209 Women’ – a national artist-led project to celebrate the centenary of women’s suffrage and champion the visibility of women in male-dominated environments.

Each of the 209 portrait photographs was taken by a different female photographer who had been paired with their MP subject.

Dr Bonnell made the portrait of Paula Sherriff, Labour MP for Dewsbury, which features in a free public exhibition opening on December 14 – 100 years to the day that the first women cast their vote in a general election.

Dr Bonnell said: “I am delighted to have been invited to be part of this wonderful initiative. I was given the choice of MP and I wanted to work with a woman who had done something really significant for all women.

“I am happy and proud to have had the opportunity to meet and photograph Paula Sherriff, the wonderful MP for Dewsbury who is responsible for the repeal of what has become known as the ‘tampon tax’.

“On the day I was assisted by Polly Palmerini and Eve Murphy, two recent Manchester Metropolitan University Photography graduates along with third-year students Maisy Dinsdale in Photography and Julia Krawcewicz from Filmmaking.

“It was important for me and Paula to share this historic experience with the newest generation of women artists.”

‘209 Women’ will be displayed at Portcullis House, Houses of Parliament, from December 14 to February 2019. After that, it will travel to Open Eye Gallery in Liverpool.

Sherriff, Shadow Minister for Mental Health who was first elected to Parliament in 2015, is well known for leading the campaign to abolish the ‘tampon tax’.

Sherriff said: “I was delighted to be photographed by the talented Sian Bonnell, at a tea party for Dewsbury women marking the 100 year anniversary of the first women gaining the vote.

‘209 Women’ is a fabulous project and I hope that this celebration of women in politics goes some way to inspiring a new generation of women to get involved – all you need is a passion and determination to speak out and make a difference. As they say – ‘a woman’s place is in the house -  of commons!’”

Helen Pankhurst, Visiting Professor at Manchester Metropolitan University and great granddaughter of leading suffragette Emmeline Pankhurst, said: “This exhibition, 209 Women, is an opportunity to have all current women MPs overlook Portcullis House, an integral part of the Westminster estate, where so much networking and political decisions are made.

"The exhibition will for once put women centre stage, acting as a reminder to never leave women out of the equation, on behalf of all citizens but particularly the 51% of the population who have been so unequally represented.

“To represent and be presented for what we are - as women, by women - is a very special thing. This is what 209 women is all about.”

The Representation of People Act 1918 allowed women aged over 30 and who occupied a house to vote for the first time. Legislation later that same year allowed women to stand as parliamentary candidates in the December 1918 general election.

I was delighted to be photographed by the talented Sian Bonnell, at a tea party for Dewsbury women marking the 100 year anniversary of the first women gaining the vote.

Of the 650 seats in the House of Commons, 209 are held by women MPs, the highest number ever, yet still representing just 32% of all constituencies.

The ‘209 Women’ project began as a voluntary endeavour, but the team has been working closely with Open Eye Gallery to secure fees for the artists. The initial crowd-funding campaign to raise support for the artists ran over the summer, and now the team is welcoming individual exhibition patrons, limited to 209 places.

Manchester Metropolitan University will also be marking the centenary of the first women winning the right to vote.

On December 14, a new statue of the iconic Mancunian suffragette, Emmeline Pankhurst, will be unveiled in St Peter’s Square. Staff members from the Sylvia Pankhurst Gender and Diversity Research Centre, students, and 12 female professors from across the University will march into the city centre for the statue unveiling. 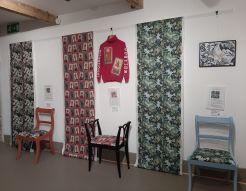 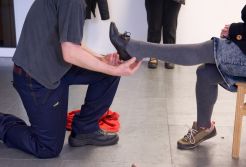 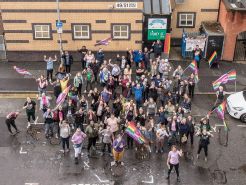 It was the first purpose-built, entirely council-funded LGBT+ centre