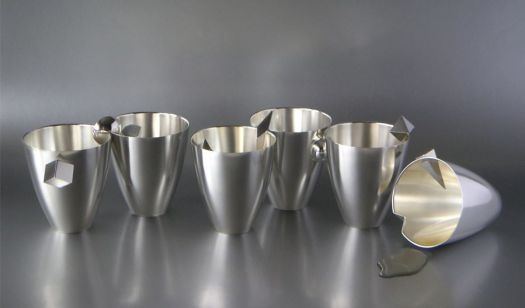 Professor Kristina Niedderer, a designer, design researcher and editor, has joined Manchester School of Art as Professor of Design.

Kristina previously worked as Professor of Design & Craft at the University of Wolverhampton, and originally apprenticed and worked as a goldsmith and silversmith in Germany before continuing her training in the UK.

The Professor’s research focuses on the role of design to engender mindful interaction and behaviour change. She currently leads the European project 'Designing for people with dementia: designing for mindful self-empowerment and social engagement' (2016-2020). Utilising the concept of mindful design, the project investigates innovative design solutions to enable self-empowerment and confidence building of people living with dementia. In 2014, Kristina was the principal investigator for the collaborative AHRC funded project 'Creating Sustainable Innovation through Design for Behaviour Change’, which led to the publication of the edited book 'Design for Behaviour Change’.

Manchester School of Art is a great and vibrant Arts and Design community who cherishes research and practice equally, providing great opportunities for design research

The idea of mindful design and behaviour change has also inspired Kristina's work in craft and design practice, in which she focuses on exploring complex emotional expression through movement using new technologies, which was funded by the Arts Council in 2005, and the AHRC in 2008-9. Her work has been shown in museums, galleries and trade fairs in Britain and Germany.

Kristina has been a Council Member of the DRS, and Secretary for Special Interest Groups (SIGs) since 2007. In 2010, Kristina founded the journal 'Craft Research', dedicated to developing and advancing contemporary craft practice and theory through research. Since 2010, Kristina has been a member of the AHRC College of Peer Reviewers, and since 2014 she has been an expert reviewer for the European Commission.

“We are really delighted to have Kristina join us” commented Joe McCullagh, Head of Design. “She brings a wealth of research and experience. Kristina operates at the innovative and purposeful intersection of craft, design and mindfulness both in her work and research.  Strategically, she will also enable Design at Manchester Metropolitan to further strengthen our work in such interesting areas of research, teaching and practice.” 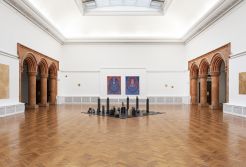 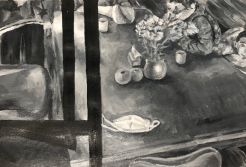