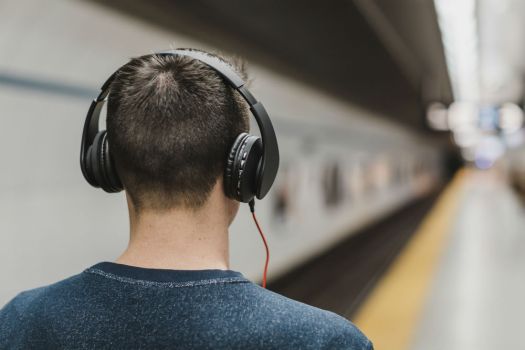 A new project will use cutting-edge ‘emotion-sensing’ technology to explore feelings of loneliness and social isolation experienced by young carers – and help them create music to give voice to their feelings.

The technology is based around the connection between mood and music, aimed at tackling youth loneliness and isolation among young carers.

The young carers will create novel digital tools and musical performance pieces that utilise artificial intelligence (AI) software, which can read facial expressions and interpret them with music and sounds.

The project has been awarded funding from the government and Co-op Foundation’s Building Connections Fund youth strand.

A young carer can be defined as a child or young person who provides regular and ongoing care and emotional support to a family member who is physically or mentally ill, disabled, or who misuses substances. Young adult carers are defined as young carers transitioning from childhood into adulthood.

There are an estimated 280,000 young carers living in Greater Manchester, who can be a hard to reach group because of the time and energy they put into caring for a loved one.

They face many face challenges including:

In collaboration with young people, Manchester Metropolitan researchers Dr David Jackson and Dr Toby Heys will run a series of workshops to document the young carers’ experiences of loneliness and isolation, and ways in which they can use music to intervene.

The project will help them explore ways that music can help young carers cope better with feelings of loneliness over time, and help to create connections with other young carers as well as educate the public about the private struggle of this group of young people.

Lynne Stafford, Chief Executive, gaddum and GM carers advisory lead for VCSE, said: “This is an innovative project working with young carers in what should be an exciting time of their lives as they study for their future. We hope that this partnership with the skilled team at Manchester Metropolitan University will reach out to this audience to tackle loneliness, raise awareness of the issues they face and bring people together.”

Dr David Jackson, Research Associate at Manchester School of Art, Manchester Metropolitan University and researcher on the project said: “By working with gaddum and their network of amazing young carers we’re looking forward to putting new music and AI technology to good use. We want to produce research that can be used by young carers and organisations around the UK to deal with issues surrounding loneliness. To do that it’s vital that we really listen to what these young people experience, are interested in and need - we’re expecting to be set some interesting creative and technical challenges in the process.”

Funding has been awarded from the £2m youth strand of the Building Connections Fund, a partnership between government and the Co-op Foundation.

This is an innovative project working with young carers in what should be an exciting time of their lives as they study for their future.

It is part of the wider £11.5m Building Connections Fund that will support more than 120 organisations to increase social connections and create a sense of community and belonging.

The remaining £9.5 million of the Building Connections Fund is being delivered by the Big Lottery Fund.

Speaking at the launch of the fund, Minister for Loneliness, Mims Davies MP, said: “There is no one cause of loneliness and therefore no one solution. That is why we are working alongside a broad range of businesses, voluntary organisations and local councils to ensure that those who feel alone are best supported.

“From new digital communities, to sports classes that bring people together, this fund will go a long way to achieving that goal. I am committed to encouraging open conversations around this sensitive topic to reduce the stigma and create an environment where everyone is better connected.”

Co-op Foundation is the Co-op’s charity. Their Belong network of partners connects and empowers young people to tackle loneliness. It also works to strengthen local youth services and combat the stigma of loneliness.

Jamie Ward-Smith, Chair of the Co-op Foundation, said: “By partnering with government on the youth strand of the Building Connections Fund, Co-op Foundation is supporting groups of young people most affected by loneliness to strengthen their connections and sense of belonging, and build their confidence and skills.

“We look forward to working with all our partners over the coming years, helping them to tackle youth loneliness at a community level and boosting our joint understanding of loneliness.”

The Manchester Metropolitan researchers are part of the AMP (Algorithms for Marginalised People) research unit, a cross-disciplinary team of media and machine learning specialists who work with marginalised audiences to reflect their perspectives and create tools to combat bias.

gaddum is one of 22 organisations receiving grants from the £2m fund, which is targeted at organisations supporting young people in more deprived areas of England or with specific circumstances that increase the risk of loneliness.