AS festive drink-drive campaigns get underway, the first road trial of a new in-car ‘fitness-to-drive’ detector has taken place.

Scientists at Manchester Metropolitan University (MMU) and the University of Bristol have developed a new way of detecting whether a driver has drunk too much to be safe at the wheel. The first car to be fitted with the device, an Alfa Romeo 156, starts its road trials over the Christmas period.

Despite regular government publicity, people still drink and drive, and still fall asleep at the wheel, and are 50 times more likely to be involved in a fatal accident if driving at twice the legal limit. But until now there has been no in-car detection and warning system.

Neuroscientist Dr Dilwyn Marple-Horvat conducted the trials around roads near MMU’s Alsager campus in Cheshire on December 22 and 23 – trials which could lead to early warning systems in coaches, lorries and private cars and end the guessing game over safe drink limits.

To assess fitness to drive, the device measures the degree of co-ordination between hand and eye. It uses an in-car eye-tracker; a sensor that monitors steering wheel movements, and a processor that compares the two. The researchers initially studied different drivers' performance on a driving simulator over a period of time, administering alcohol – glasses of vodka and orange - at set intervals.

Dr Marple-Horvat said: “When steering around a corner, drivers look towards the new direction some time before they start to turn the wheel.
But if the eyes move late, the consequences when driving can be disastrous. Usually, the time delay between looking at the new direction of travel and then moving the hand on the steering wheel is about half to three quarters of a second.**

“Under the influence of drink, the interval between eye and steering wheel movement gets shorter, because the eyes move later.”

Tests at MMU’s Institute for Biophysical and Clinical Research into Human Movement (IRM) have proven that the gap reduces critically below half a second around the legal limit, and can go down to a quarter of a second or even less after two double vodkas. In this case, says Dr Marple-Horvat, the eyes are moving just as a driver hits the corner, rather than a safe interval before this and the tight linkage between eye movements and steering starts to break down.

The device literally ‘gets to know’ a driver, and can compare your drunk or tired driving with the usual you. For example, you drive to a country pub and the device remembers your performance over the last few minutes of this journey. You then get back in the car after a few too many drinks, and within three minutes it warns you that your performance is now worse and you should stop the car. If you ignore the warning, you do so in the knowledge that the device acts as a “black box” recorder, which might be used any police investigation should you be involved in an accident. It could even contact the police, and slow or stop the car.

A patent application has been filed, and the universities are talking to prospective partners to develop and market the technology.

Added Dr Marple-Horvat: “If the road tests over the next six months are successful, the car of the future will know if your driving is impaired, through tiredness, drink or drugs, and be able to warn you before you put your life, and the lives of other road users, at risk.” 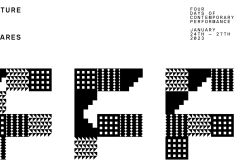 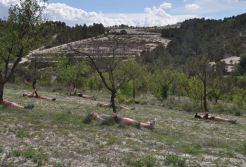