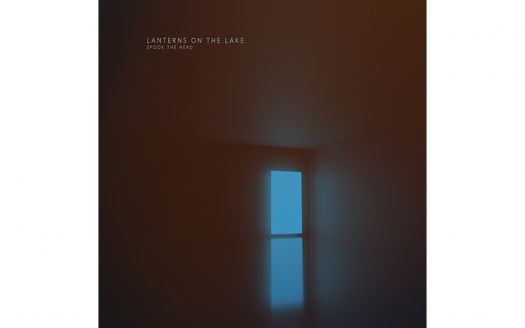 A Lecturer from Manchester School of Art at Manchester Metropolitan University, has designed the artwork for album Spook the Herd by Lanterns on the Lake which has been shortlisted for the 2020 Hyundai Mercury Prize.

Lanterns on the Lake’s nomination for the prestigious music prize, which has helped to launch the careers of some of the UK’s most celebrated bands and artists, will see Illustration with Animation Lecturer Kevin Craig’s artwork profiled extensively.

If the album wins, the band will join a glittering roster of former winners, including Pulp, Dizzee Rascal and the Arctic Monkeys. The 2020 Prize was won by Dave.

Craig is a practicing artist, designer and animator and since 2005, he has collaborated with artists and musicians, creating video and illustration work for Bella Union Records.

It’s quite an honour to be part of this record and it is, of course, great to see it reaching a wider audience and the music getting the recognition that it deserves.

Craig has been working with Newcastle based indie-rock band Lanterns on the Lake for several years after meeting them shortly after the band formed. He designed the artwork for their previous albums Beings (2015) and Live with Royal Northern Sinfonia (2016).

Craig said: “It’s quite an honour to be part of this record and it is, of course, great to see it reaching a wider audience and the music getting the recognition that it deserves. As the band have been unable to tour due to the pandemic, I think we both thought the record may be released and not gain too much attention outside of the fanbase.

“Then suddenly Spook The Herd is nominated for the Mercury Prize, appearing across a range of media. It is amazing the see the artwork profiled, and of course I’d love to see it win because the record is great. I’m just very happy to have been part of it.”

Before creating the artwork, Craig received early mixes of some of the tracks along with some lyrics from the band. At this stage the album had no title, and no tracklisting, there was just the idea of the colour blue. Craig started to explore new ways of creating the cover image, experimenting with a range of mediums including working with encaustic wax, cyanotypes, acetates, ink, photography, and projection. He finally began using Cinema 4D, a 3D software program used to make film and animation.

Craig added: “It didn’t feel like a typical client/designer relationship, but more that I was working with them to visualise the atmospherics of the record. I think this kind of experimentation - of exploring alongside the band – is very important in design. I have very little interest in ‘off the peg’ artwork and design, each work is specific and tied directly to the music.”

It is amazing the see the artwork profiled, and of course I’d love to see it win because the record is great. I’m just very happy to have been part of it

As the band were mixing the album, Craig would send across multiple experiments and tests which were then refined and developed, taking on board the bands feedback to capture the feel and spirit of the record. This process took several months, with the artwork developing alongside the music.

Craig said: “Although the record explores the modern social condition, I felt there was a classic, timeless quality to the music. Once the digitally created blue screen room was designed, it was over-laid with photograph of a warm, reddish lightbulb, bringing the analogue back to the cold digital image.”

The winner of the 2020 Hyundai Mercury Prize will be announced on 24 September. 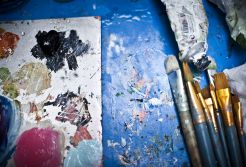 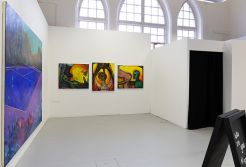 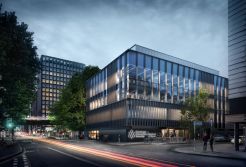