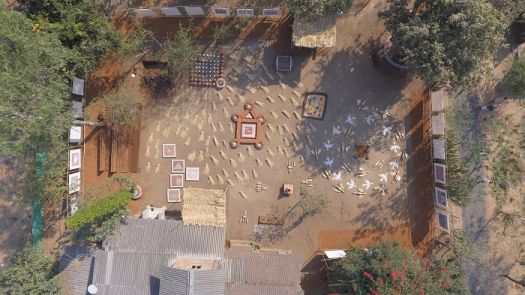 Traditional Warli art has been exhibited in the UK

A project to preserve a traditional Indian craft threatened by rapid industrialisation is being supported by University artists and writers.

In 2017, a group of artists came together for a two-week residency in the remote village of Bapugaon in rural Maharashtra to produce traditional Warli paintings, as well as ceramics, music and film.

The group included Professor Stephen Dixon and Johnny Magee from Manchester School of Art and Anjum Malik from the Manchester Writing School, led by Indian artist Ramesh Hengadi and other Warli practitioners.

They created an installation in the heart of the village as a response to the idea of establishing an art centre as a site for the preservation and development of Warli creative practice, which has since been exhibited in Ahmedabad in India, at the British Ceramics Biennial in Stoke on Trent and this month at Touchstones Rochdale. Traditional Warli painting celebrates cultural, ancestral and material connections to the landscape. But the landscape and practice is increasingly threatened through deforestation, diminishing clay and accelerating urbanisation.

Future plans for the project are to attempt to establish a ‘Kendra’ – a school in India to keep the Warli tradition alive, with the help of the resident artists.

Stephen Dixon, Professor of Contemporary Crafts at Manchester School of Art, Manchester Metropolitan University, said: “We were delighted to be able to continue our work with CEPT University and Indian Warli painters through the development of this residency and cross-cultural exchange project. We aim to support the tradition of Warli painting as a contemporary practice rather than simply a historic one, and this project has taken the first steps to establishing the conceptual foundations for a Warli ‘Kendra’.”

The HeartBeat project is directed by the British Ceramics Biennial and was funded by Arts Council England under the Re-imagine India programme as part of the 70th anniversary of Indian independence in 2017. 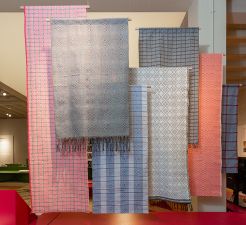 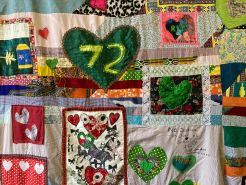