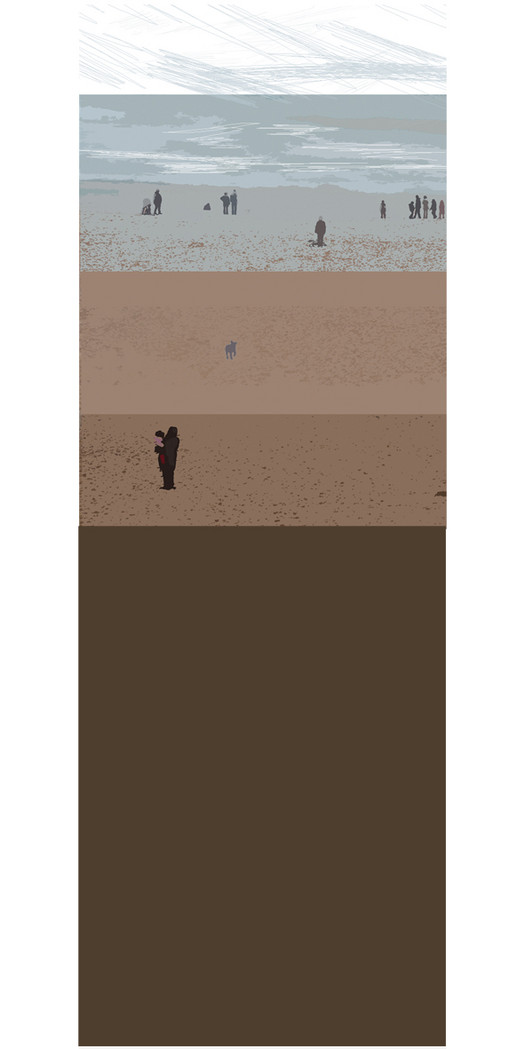 Based on recent studies on the aesthetics and phenomenology of pictorial inbetweenness within a cross-cultural art and design education and practice.


This is a body of work referencing his early graphic works. The work addresses painterly processes but in the form of digital media. He is concerned with exploring the digital pixel aesthetic with Eastern aesthetics in these works. Joe is not attempting to simulate the quality of paint but to push the quality of the pixel re-aligning and responding with new working processes. There is a preoccupation with the illusion of colour and depth/space in a two dimensional digital form inspired by an Eastern sense of space. He likes to play/reconfigure representations of realism and abstraction. The work is the condition located between the abstract and the concrete between the East and the West. The works are solely created on screen digitally, relying only on the digital camera as a primary source.


The works were inspired by a cold February walk in the afternoon within the flood plains area of Lady Bay, Nottingham, England notably the space locally referred to as the hook. Its flatness and the strange dimensional aspects of the landscape fascinated him. The work derives from these scapes in its own expressive and improvisational way leading to graphic almost abstract representations of the hook. They bring together variations on a theme in an evocative fusion of graphic form and colour. They exist between a 2D and 3D space, what Joe calls a 2.5D space located inbetween both dimensionally and aesthetically.

The most recent works are increasingly less literal and start to create their own language of representation. They elicit poetic thoughts and open meaning.