This project reached a climax in 2008 with the mounting of a large-scale exhibition at the Williamson Art Gallery. This involved cataloguing the company archive of Arthur H. Lee & Sons acquired by the Gallery in 1970-1971. The archive contains extensive design records, photographs, advertising material, directors' minutes, pattern books and company publications. Other holders of Lee documents were also sought out and recorded. The aim was to tell the story of this important family firm, and its unique contribution to textile design and technology.

The company was begun by Arthur H. Lee in the mid-1880s in Bolton, moving to Warrington in 1888, and then to Birkenhead in 1908 when it was incorporated as Arthur H. Lee & Sons. The company continued under the direction of Lee's three sons, and five grandsons, before closing in 1970. The American branch of the firm continues as Lee Jofa in New York. Arthur H. Lee developed innovative methods of weaving figured "tapestries" on power jacquard looms. The restricted colours of the shuttle boxes were supplemented by printing processes giving Lee textiles a unique appearance. The company also produced a large range of crewel and canvas embroideries. Although perhaps most associated with decorating in the period style, Lee's also developed a modern range in the 1920s (notably "quiltweaves")and a range of luxury-market plain upholstery fabrics in the 1950s and 60s. The firm was also the agent for Fortuny in Europe and the USA.

Current research is focused on understanding the global nature of the company. The firm had an office in New York as early as 1903, and an office in Berlin in the 1920s and 30s, while sales agents were employed from Canada to Australia. 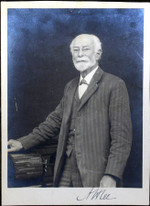 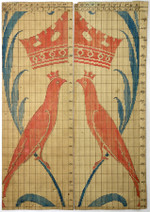