A. Brunnschweiler and Co. Archives

This two-year project began in 2013 in order to record the material held by Brunnschweiler (ABC) now that the printing site (defunct since 2007)is scheduled for demolition. Textile printing began on the site at Newton Bank in 1816, carried on for over a century by F.W. Ashton. In the early twentieth century, the firm began printing imitation batiks for the West African market and became one of the most important players in the field. Ashton became part of the Calico Printers' Association comglomerate in 1899, and gradually absorbed African export printing from other sites as they closed, being the last survivor in the field. Thus the archive records the twentieth century history of other major printers including Blue Printers, F.W. Grafton of Broad Oak, F. Steiner of Church Bank, E. Potter of Dinting Vale, and S. Schwabe of Rhodes; as well as important merchants such as E.B. Fleming, Grafton African, A.H. Emery, O. Haber, Elson & Neill, and Joseph Bridge. 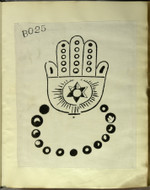