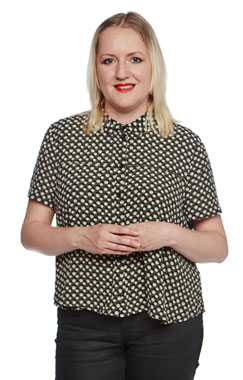 Sarah Perks is an international curator, writer, producer & broadcaster who works across contemporary visual art, artist film and literature to create major exhibitions, books and films that challenge the dominant narratives of our time. Sarah weaves together creative direction, contemporary curation, commissioning, producing and programming, creative writing and academia to move across traditional terrains of history of art and curation, visual and cultural studies, and film and media studies, expanding the possibilities of each with both audiences and artists.

Through HOME Publishing, she has commissioned, co-edited and contributed to over twelve books since 2015, alternative exhibition guides which blend artists and short fiction commissioned internationally from writers including Douglas Coupland, Heather Phillipson, Adam ORiordan and Jackie Kay. Sarahs recent short stories include The Heart is Deceitful Above All Things (2015), Fannie & Zora (2016) and Three Stories (2017), and she is currently completing her first novel adapted from a short piece in AL and ALs Incidents of Travel in the Multiverse (Hayward Publishing).

Forthcoming in Autumn 2019 is a major publication with Paul Mellon Centre for Studies in British Art / Yale University Press on artist moving image in Britain co-edited with Erika Balsom and Lucy Reynolds, and just released is the publication of her digital project with filmmaker Declan Clarke, One Day The Sadness will End. Sarah co-edited two special editions of Film International on both Hong Kong cinema and film noir involving a range of artists, filmmakers and writers and contributed to publications including Electronic Superhighway (Whitechapel Gallery, 2016). Sarah has led over 50 post-screening Q&As with many leading filmmakers and artists including Yael Bartana, Chris Morris, Lynne Ramsey and Steve McQueen. Sarah was one of Creative Reviews Creative Leaders 50 in 2017, a British Council Creative Entrepreneur finalist for Visual Arts in 2009 and is on advisory and charity boards including Islington Mill Salford, Northern Docs and Tromsø Kunstforening, Norway. She is chair of Asia Triennial Manchester, a Manchester School of Art initiated project and currently External Examiner at The Education University of Hong Kong

Sarah Perks is a member of the Asian Cultures Research Group.