Manchester School of Art / Events / The Bureaucracy of Angels 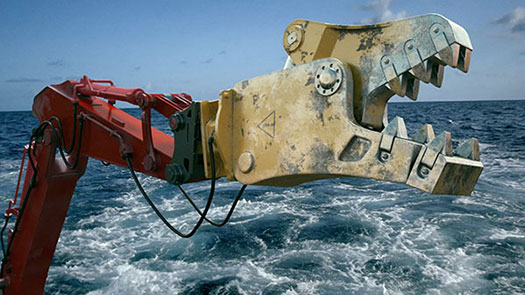 The Bureaucracy of Angels

Thursday 24 May 2018
Keynote Lecture: The Bureaucracy of Angels

Part of the Pictures of War: The Still Image in Conflict since 1945 Conference

Artist Oliver Chanarin presents works from his collaborative practice with Adam Broomberg, including a screening of Chanarin and Broomberg’s new short film, The Bureaucracy of Angels (2017), which was commissioned for the London Underground. The Bureaucracy of Angels records the demolition of 100 migrant boats in Sicily in the winter of 2016. These boats arrived laden with refugees from North Africa, and while their human cargo were either sent home or absorbed into the asylum system, the boats themselves were never returned to their owners and lay beached on the concrete forecourt of Porto Pozallo in Sicily. Broomberg (British, born South Africa 1970) and Chanarin (British, born 1971) have worked in a number of war-torn countries and areas of conflict, where their work has focused on themes relating to migration, movement. The artists visited Sicily several times, where they were able to explore the area where migrants arrive from perilous journeys across the Mediterranean. They witnessed rescue missions conducted by the Migrant Offshore Aid Station Foundation in the middle of the ocean and filmed the destruction of the boats left to decay in a shipping graveyard in Porto Pozallo, Sicily. The presentation will also highlight several other key projects by Broomberg and Chanarin that consider the role of image production in relation to acts of violence.