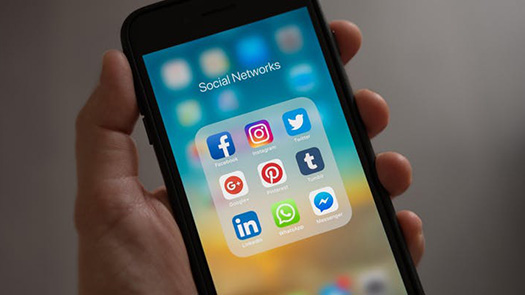 In this talk I want to propose that understanding images and online Visual Cultures more generally, has become of crucial importance in order to safeguard and protect the functioning of healthy democracies as we know them. This may sound extreme, but consider two significant developments that have received substantial public attention recently: the ongoing mis-and disinformation crisis and the multiple promises associated with Artificial Intelligence (AI). A crucial component missing in terms of how both debates are understood and thought about, as well as how the technology is developed in the case of AI, is an acknowledgement and appreciation for the role images and visuals play in these developments. In the case of the mis-and disinformation crisis, most fake content is visual and yet beyond a focus on memes and deepfake videos within these debates, researchers and policy makers have failed to acknowledge how central images are to understanding the problem. By extension, this then greatly limits the potential for developing solutions or remedies to this issue. When it comes to AI, there are real dangers to allowing machines to read images of human interactions of all sorts and to start using this information to inform decisions that potentially have far-reaching consequences for issues such as social justice.

My work for the last 20 years has focused on the roles images, especially big news images, have played both in the mainstream media, and since 2005 on social media. Within this work I have been especially concerned with how different audiences and users understand complex social issues through images. The sharing of images is central to social media use and yet it is still not given the same research attention as text-based communication. With colleagues, I have developed ground breaking methods that embrace the complexity of how digital images are produced and shared on social media platforms as well as the role algorithms play in making them visible to users. The work I direct in the Visual Social Media Lab is dedicated to engaging with social media images in a thoughtful interdisciplinary way as well as across sectors, for example working closely with industry, in order to develop innovative research and timely interventions into public debate. This work has focussed on contributing to the development of more thoughtful and nuanced understandings of new technologies like AI (through the work we are engaged in with partners at New York University in the Critical AI and Online Visual Cultures project), as well as actively contributing to helping combat the mis-and disinformation crisis through research, training and shaping public debate internationally. I will highlight work we are currently developing in the area of Media Literacy, through our ‘20 Questions for Interrogating the Social Media Image’ framework that will be rolled out internationally with different partners in an effort to help educate citizens of all ages about the dangers of visual mis-and disinformation in the run up to elections.

This talk will therefore look back on a number of crucial projects and how they have helped me shape my understanding over the years and will look forward, in order to speculate how this work will develop further in the future and why a focus on images continues to matter.

This event will begin with a wine reception from 5.30pm – 6pm.

Farida Vis is Professor of Digital Media and re-joined the School of Art in 2017, having received her PhD from Manchester Metropolitan University in 2007. Prior to joining Manchester Metropolitan University, she was Faculty Fellow in the Social Sciences at the University of Sheffield, in the Information School. From 2010-2012 she was Lecturer in Media and Communication, Department of Media and Communication at the University of Leicester, from 2009-2010 she was an AHRC Research Associate in Media and Religion at Loughborough University; and between 2004-2009 ESRC Research Fellow in Transformations in Media, Culture and Economy at the Centre for Research on Socio-Cultural Change (CRESC), Faculty of Social Sciences, at The Open University. Her work has always embraced opportunities to do meaningful and timely, at times risky, interdisciplinary research with external partners. As part of an interdisciplinary team, she worked closely with The Guardian newspaper in 2011 to better understand the role of rumours on Twitter at the height of the UK summer riots and is a fellow recipient of an inaugural Data Journalism Award (2012) for the interactive visualisation tracking riot rumours. Her article on how journalists used Twitter to report this breaking news event remains one of the most downloaded and cited articles in Digital Journalism. Other high-profile work has included a VSML rapid response report on the viral images of Alan Kurdi, the three-year old refugee boy who washed up on a Turkish beach in 2015, which received wide international media coverage and acclaim. Since 2014 she has been the Director of the Visual Social Media Lab (VSML) which was founded with an ESRC Transformative Research Grant and brings together researchers from academia and industry interested in better understanding the role of social media images. Current work includes a number of projects on visual mis- and disinformation with First Draft and a co-authored report on this topic is forthcoming. She was a key witness for the recent House of Lords Select Committee inquiry on political polling and digital media, which reported its findings in April 2018. Taking her role beyond academia seriously, she sits on the World Economic Forum’s Global Future Council on Information and Entertainment (2016-2019) where she leads a working group on mis- and disinformation with a specific focus on Media Literacy. She previously served on the Global Agenda Council for Social Media (2013-2015). She is also a Director at Open Data Manchester, a thriving open data community in the North West.

Farida will be introduced by Professor Richard Greene, Pro-Vice-Chancellor Research and Knowledge Exchange at Manchester Metropolitan University. Professor Greene graduated in medicine at Charing Cross and Westminster Medical School in 1991 having obtained a BSc and a PhD from the same institution in 1986 and 1989 respectively.

Professor Mike Thelwall will respond to the lecture. Mike Thelwall is Professor of Information Science and leader of the Statistical Cybermetrics Research Group at the University of Wolverhampton, which he joined in 1989. His current research field includes identifying and analysing web phenomena using quantitative-led research methods, including altmetrics and sentiment analysis, and has pioneered an information science approach to link analysis.