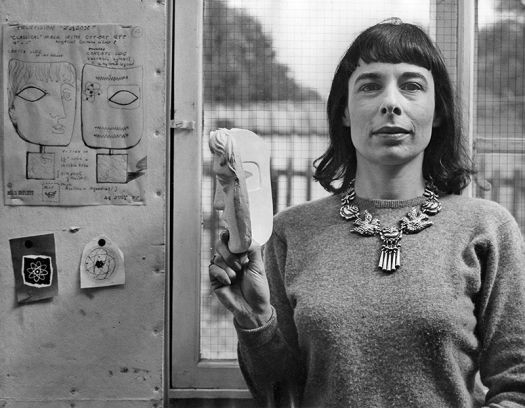 A new exhibition of work by American sculptor Mitzi Cunliffe, best known for designing the iconic BAFTA mask, is on display at the Grosvenor Gallery at Manchester Metropolitan University.

Cunliffe was an established public sculptor and TV personality who was prominent in Britain in the 1950s and 1960s.

Mitzi Cunliffe: An American in Manchester focuses on the most productive years of her career when she was living in Manchester and re-evaluates her contribution to public art in post-war Britain.

The exhibition will focus on her local contributions to public art in Manchester as well as her significant commissions that helped to establish her artistic reputation, including her design of the BAFTA mask which she created in her Didsbury studio in 1955.

It also coincides with the publication of a new book on December 8 by Professor Ann Sumner, Visiting Professor at Manchester School of Art at Manchester Metropolitan, who has curated the exhibition and has been researching Cunliffe’s work, re-evaluating her legacy and re-establishing her reputation.

Professor Sumner said: “With the publication of this book and exhibition, we seek to reveal Mitzi Cunliffe’s many achievements as a sculptor in Manchester and to re-establish her broader legacy as a versatile designer. This is a fascinating story of a young American woman sculptor arriving in Manchester and launching her career as a public artist in post-war Britain, including her significant contributions to the Festival of Britain in 1951.

“During the 1950s she gradually established her career taking art out of the gallery and often working on a large scale while also designing for industry. Although her name may not be familiar today, she was well-known in 1950s and 1960s Britain with a particularly high profile in Manchester where she is still fondly remembered today.”

The exhibition will also explore her lesser-known works in Manchester, such as the impressive large-scale mural depicting the Haweswater Aqueduct on the side of the Heaton Park Pumping station of 1955. This significant work can still be viewed today and remains in remarkably good condition and has Grade II Historic England listed status.

Shortly after arriving in Manchester in 1949, Cunliffe was commissioned to create work for the Festival of Britain in 1951, a national exhibition and fair showcasing achievements in science, technology, industry, architecture and the arts, which helped launch her career in Britain.

A section of the exhibition will focus on her contributions to the Festival, which celebrates it’s 70th anniversary this year, including her major commission Root Bodied Forth, a large-scale concrete sculpture of intertwined male and female figures.

This is a fascinating story of a young American woman sculptor arriving in Manchester and launching her career as a public artist in post-war Britain, including her significant contributions to the Festival of Britain in 1951.

The sculpture was finished in a dusty pink and was sited prominently at the Waterloo Station entrance to the Festival for visitors to view.

The whereabouts of the sculpture today is unknown along with several other sculptures from the Festival but the rediscovery of one work in 2017 gives hope that Cunliffe’s early masterpiece may still be located.

Images of the long-lost Root Bodied Forth may yet result in the public recognising the sculpture and identifying its location.

Cunliffe meticulously recorded the progress of her commissions, both traditional and innovative, and reproductions of images giving a fascinating insight into her working practices will be displayed in the exhibition.

In 1962, she was commissioned to create a sculpture for Henry’s department store on Market Street in Manchester and created a unique and technically interesting mobile sculpture entitled A Flutter of Birds comprising of 27 stylised cast metal forms of birds in flight.

The sculpture is now part of the University’s Special Collections but is too delicate to be displayed until it is conserved. New research has enabled the use of Photogrammetry to produce and display a 3D print of the sculpture in the exhibition, which is 1:2 scale and gilded as it originally would have been.

Working with researcher Ursula Ackah, the use of this cutting-edge technology will enable visitors to gain a perception of what the original work would have looked like.

The piece has also inspired the poet Helen Mort to write a poem exploring the sculpture and the work of Cunliffe which will be on display in the exhibition.

Mitzi Cunliffe: An American in Manchester is curated by Professor Ann Sumner, Visiting Professor at Manchester School of Art, and Zoe Watson, Curator at the Holden Gallery, and is on display at the Grosvenor Gallery from November 22 to December 10, 2021. 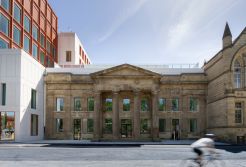 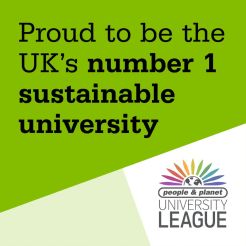 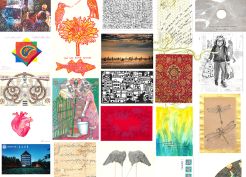