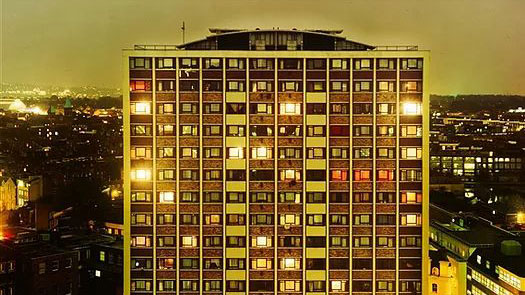 Pavement began its programme with Rut Blees Luxemburg's large scale photographic work Caliban Towers. Originally installed as a billboard sized commission, its 'public' setting was underneath a railway bridge in the Shoreditch area of London. The image depicts a group of tower blocks at night, opening up questions about the relationship of image, architecture and location. In the current environment, the generic form of the tower block as a type of social housing exists in a contested state – a shift in meaning from a site of exclusion to one of exclusivity. The re-staging of Caliban Towers in Manchester is particularly apt. In its new setting the work questions the ways in which we utilise urban space; perceptions of class and social status and the location and purpose of 'public' art.