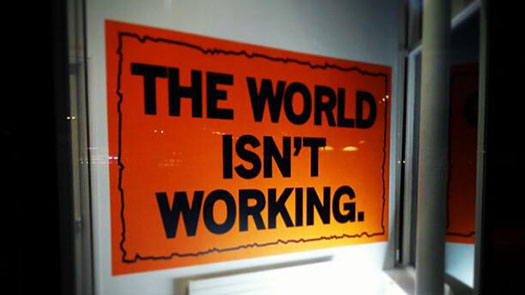 The work has been described as being a “direct reference to the brutal Saatchi & Saatchi advertising strategy”* which was used as part of the Conservative Party campaign in 1979 that led to their election win with the slogan ‘Labour Isn’t Working’.

This work demonstrates Titchner’s use of words to satirically echo those of political advertising and mass media campaigns.