After graduating from an M.A. in Fine Art Sculpture at Chelsea School of Art, Jo worked as an Exhibition Assistant at the Tate Gallery, London and Riverside Studios, London. Whilst based in London, Jo established an artists' collective who exhibited on public sites in London, most notably Genius Loci in Kings Cross. Jo exhibited internationally, gaining funding to do a residency and exhibition in Stuttgart. Her film work was screened in Film festivals, such as the BP Expo, The Infanta of Castile, and Islington Business Design Centre. Her main body of work at this time was sculpture, installation, photographic and video work.

Jo began working at MMU on the Foundation course in Art and Design, as a Visiting Lecturer in the mid 1990s and was involved in the early days of Interactive Arts as a first year tutor. In this time she relocated to Manchester and produced films in Manchester, including one featuring Sir Ian McKellen with The Workers Film Co-op. Jo continued to expand her interest in artwork sited on city streets, particularly video projections on to buildings. 'com.passion' was a live event, a large scale video tryptch projected on to the windows of Manchester Cathedral accompanied by improvisational sound piece for Digital Summer.

A central theme within Jo's work has been the quality of public and private spaces, and the role of public space for narrative story telling. This has led her to make artwork exploring urban spaces, buildings, squares, paths, and also to work with the creation of digital spaces for galleries and theatre companies. Between 1998- 2000, Jo spent time in Europe: Berlin, Bremerhaven, and Randers, working on an Urban Towns' initiative, filming and photographing to produce a video installation shown in Berlin and London, and a multi-faceted digital set for a European touring theatre show. Collaborative practice is important to Jo; it makes the act of creating work external, sociable, conversational, often funny, as well as it facilitating the production of large-scale work and skills sharing.

More recently Jo has been commissioned by Manchester International Arts to make large scale public installations with community involvement from perishable materials, and has made imagery from 70,000 flowers in Piccadilly Gardens and Albert Square in Manchester. Both projects were funded by the Arts Council and the North West Arts Board. Other works were made in situ for the Catalan Festival in Manchester, and Feast in Rusholme.

Jo became a Senior Lecturer in 1998 and is Programme Leader, joint lead of the Fine Art area of the Foundation in Art and Design. Her particular interests lie within conceptual fine art, multi-media, installation, site-specific practice, sculpture, photography, video and performance. During her time teaching at MMU, she has been involved with many public art projects including the Ove Arup painted windows in Deansgate Locks, and installations in Piccadily Gardens, Catalan Square, Platt Fields Park and Albert Square, involving current Foundation students in every aspect of production. The development of opportunities for current and past MMU art students is of keen interest to Jo, and with this goal in mind, Jo has created an Alumni network for ex-students, which includes The Alumni Lecture Series, which is now in its' fifth year, having been established in 2012. Recent Alumni visitors have included Andy Soup, Amy Thomas of ATOI, and Magnus Quaife.

Jos interest in spatial work extends beyond the context of Fine Art practice to architecture, buildings and living spaces particularly with regard to environmental approaches to building construction. Jo has studied Ecological Design and Construction Methods at the Centre For Alternative Technology, Wales, and Interior Design professional development course at Chelsea School of Art and has been involved in low impact property restoration for many years in Manchester, London, Edinburgh and France. The restoration company, and spatial design company which Jo established in 2004 both continue to operate as a freelance commercial arm of Jos art practice.

In 2014 Jo took on the role of Programme Leader for Foundation Art & Design, and has been instrumental in expanding the course. In 2015, the Halls of Residence support project was introduced, for which Jo presented a talk at the Staff Communications Day. The Alumni project has been developed since its' inception, and an artefact produced 'The Alumni Artefact' in collaboration with Ben Greenhalgh. An Alumni book and presentations have also been devised.

Current interests within the teaching excellence framework are:
- the safe use of sculptural materials & processes within the studio to enable artwork to be created with fewer obstacles to making
- clarity of communication to the student group via all networks available, from the low tech whiteboard, to moodle and mere cat.
- student support at key stress points in the academic year

Current activities within the research excellence framework are:
- temporary installations and actions promoting physical connection to here and now. Central themes explore Belonging, Home and the relationship between public and private space. The work is installed with stealth, and operates as a quiet intervention in response to current news events. 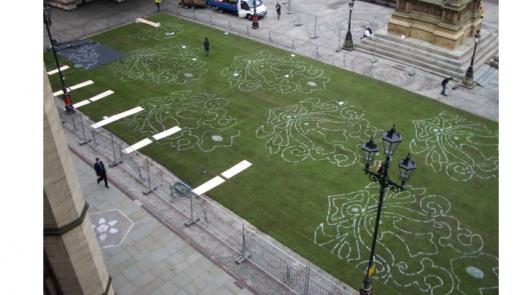 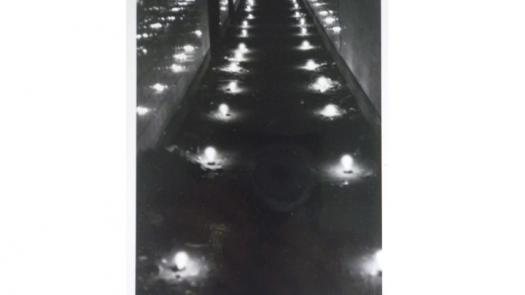 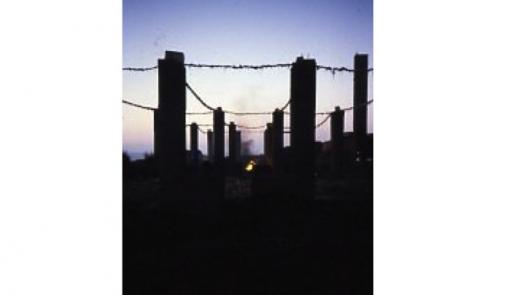 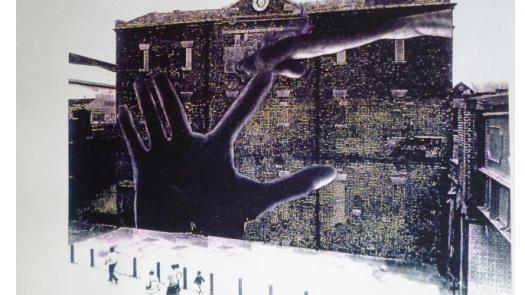 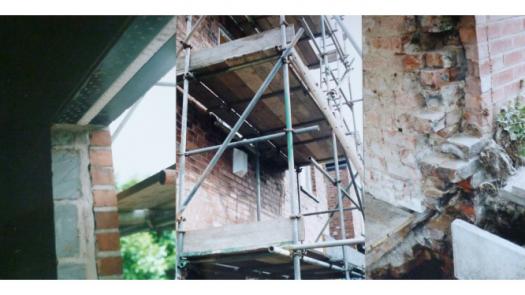 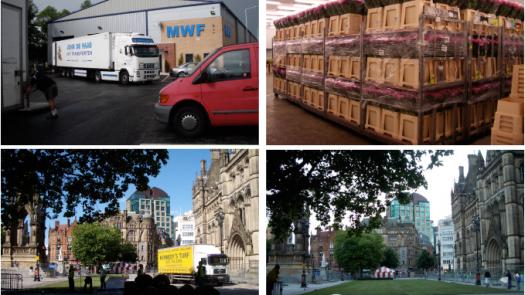 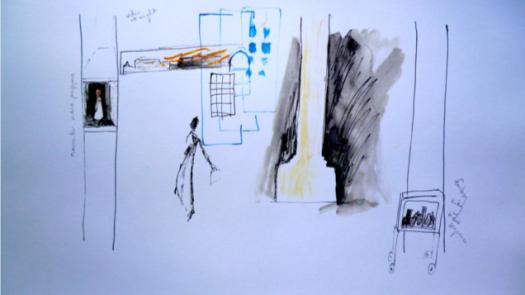 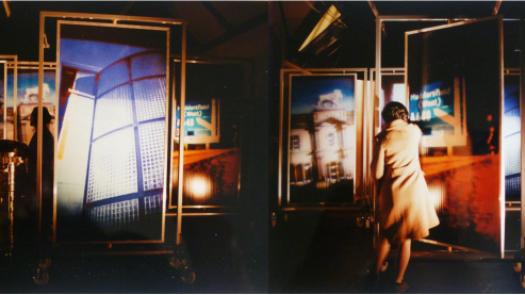 Video projection on to the windows within cathedral Funded by Digital Summer, Manchester City Council . Details…

Funded by Manchester City Council & The Arts Council In partnership with M.I. Details…