Fabrics of Life is all about the interface between the science of design and the designs of science. The first project in the series, Nobel textiles, a journey into scientific discovery through future textiles, celebrates 90 years of MRC research institutes in 2007

Rachel Kelly was one of the commissioned designers and celebrated the work of Nobel Prize winning scientist Sir Tim Hunt; The project supported by The Medical Research Council and University of the Arts, London

The Fabrics of Life project outcome, exhibition and conference, was held at the I.C.A. London in September 2008 and toured to MOMA, New York in 2009 for Design for the Elastic Mind exhibition, catalogue and website.

What do you get when you pair a scientific researcher with a textile designer? Designers fundamentally shape the way we live, while scientists pervade the very fabric of our lives. Nobel textiles involves a journey into the interface between science and design, a dialogue between leading researchers in both fields.

The languages of science and design may at first glance seem wildly different. Textiles are made with warps, wefts and shuttles on looms with treadles and heddles. Molecular research employs gels, arrays and assays to probe genes, proteins and pathways. Yet closer inspection reveals many conceptual symbioses.

The processes of science and design explore combinations of old and new technologies to create models. Hybrid designs might fuse intelligent textiles and weaving to make a glowing bed for sufferers of seasonal affective disorder. Scientists use nuclear transfer and embryo seeding to create mouse models for genetic disease research.

Science and design require a technical appreciation of form and structure to test and manipulate function and reveal new meaning. Both domains play a role in redefining our relationships with each other and the world around us. Both evoke new meaning, enriching culture.

Design fellows from Central Saint Martins College of Art & Design are liaising with Nobel prize-winning scientists to develop textiles that visualise scientific discovery. The Fabrics of Life projects are jointly funded by the MRC and Epigenome NoE. 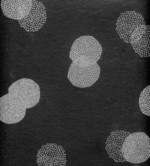 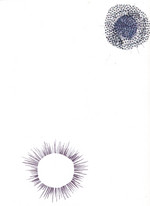 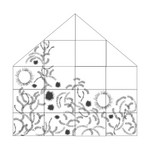 Greenhouse Design for Fabrics of Life: a Nobel Textiles exhibition at ICA, London.