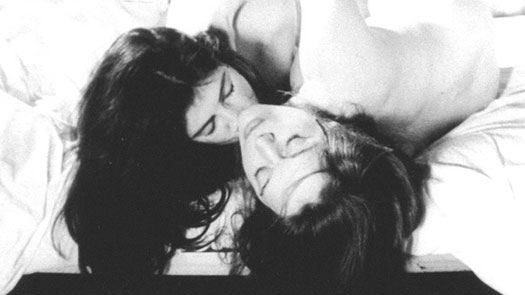 A Philosophy of Materialist Film

This talk will address the expressive span of definitions of “materialist film,” looking to some of the modes of filmic methodologies that define materialist film practices (such as work by Maya Deren, Len Lye, Nancy Holt, Robert Smithson, Michael Snow, Chantal Akerman, Agnes Varda, Todd Haynes, Sofia Coppola, Elke Marhöfer), with a focus on the hypotheticals offered by a New Materialist Film Philosophy, asking what constitutes “new,” what are the modeling tools that new materialist theory offer for screen analysis, and what do they express? Film analysis frequently turns the components of the screen environment into languid theoretical categories. Can new materialist analyses avoid the instrumentality of intention that film theories can thrust upon the reader, and instead offer a more holistic, or poetic evaluation of the screen ecology?

Professor Felicity Colman holds a Chair in Film and Media Arts at the Manchester School of Art, Manchester Metropolitan University. She is the author of Film Theory: Creating a Cinematic Grammar (Columbia University Press, 2014), Deleuze and Cinema (Bloomsbury; Berg, 2011), and editor of Film, Theory and Philosophy: The Key Thinkers (McGill-Queens University Press; Routledge; Acumen, 2009), and co-editor of Global Arts & Local Knowledge (Lexington, 2016), and Sensorium: Aesthetics, Art, Life (Cambridge Scholars, 2007). She is Co-Editor [with Dr David Deamer and Prof. Joanna Hodge] of the A/V Journal of Practical and Creative Philosophy. Her current book projects are on “Digital Feminicity”, and “Materialist Film”.  She is working on collaborative research projects on “What is Creativity?” and the production of an “Ethics of Communication”. She is the Vice-Chair of the EU funded COST [European Cooperation in Science and Technology] Network Grant Action IS1307 on New Materialism: Networking European Scholarship on 'How Matter Comes to Matter [2014-2018] www.cost.eu/domains_actions/isch/Actions/IS1307