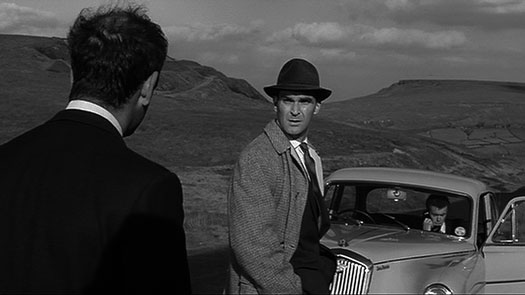 Manchester as a mythical city; reflections in locative media

Some cities are mythical, and some are not. Berlin is, and Manchester is, in the way that Sheffield and Birmingham are not. But what makes a city into myth?  Manchester is examined through three works of fiction and an archive film based app; the 1959 British film noir Hell is a City (filmed on location around Piccadilly), W.G Sebald’s 1993 novel The Emigrants, and Michel Butors’ 1956 novel L’emploi du Temps.  The two novels are by outsiders, a Frenchman who comes here in the 1950s and a German who comes in the 1960s, (both incidentally to work at Manchester University).

This dominant dystopian image in the creative imagination, at odds with the actual contemporary city, draws from the early nineteenth-century writings of Friedrich Engels, when he described the wretched living conditions in the area of “Little Ireland” just a short walk from the present School of Art. The Manchester from these three sources is very different from cool/music/Hacienda Manchester. It is a soot blackened dystopia, a place of violence (in the case of the film), a shell.
A Hell.