Manchester School of Art / Events / Pictures of War: The Still Image in Conflict since 1945 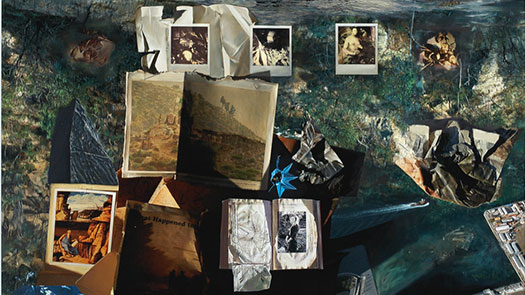 Pictures of War: The Still Image in Conflict since 1945

A conference on the intersections of conflict and pictures from the end of the Second World War to the present day.

Since the end of the Second World War, the nature and depiction of geopolitical conflicts have changed in technology, scale and character. The Cold War political landscape saw many anti-colonial struggles for liberation and national identity become proxy battlegrounds for the major powers. Wars continue to be waged in the name of democracy and terror, and in the interests of linguistic, theological and racial worldviews and migration and displacement are again at the top of the agenda.

As the technologies of war have shifted, so have the technologies of making pictures. This conference seeks to engage with these phenomena through critically engaged approaches to the processes of visualisation, their methodologies and epistemologies to contribute to our understanding of the ways conflicts are pictured. The intention is to expand the field of enquiry beyond localised, thematic or media-specific approaches and to encourage new perspectives on the material and visual cultures of pictures.

A Heritage of Images

In looking at and in producing pictures, academics and practitioners are often aware of what Fritz Saxl called A Heritage of Images (1957) in self-conscious or subliminal ways. Pictorial accounts of contemporary conflicts arguably depend for their affectivity and recognisability upon their resonance with already existing historical depictive traditions.  Contributions to this strand would seek to interrogate the idea that visibility (Ranciere, 2004; Butler, 2009) is manifested in pictorial images, and to investigate how far what pictures depict and represent is dependent on the ability to recover the past in the present: ‘namely, that images with a meaning peculiar to their own time place, once created, have a magnetic power to attract other ideas into their sphere; that they can suddenly be forgotten and remembered again after centuries of oblivion.’ (Saxl, 1947).

Pictures on the Move, Visualising Solidarities

The various expressions of solidarity have created pictures that reflected and inspired affinities and networks of possibilities beyond their intended aims and specific trajectories. Visual and material manifestations across ideological, ethnic and national borders, range from international solidarity in the struggles against totalitarianism in its various forms, colonialism, militarism and racism, as well as in demand for equal rights for women, LGBTQ individuals, refugees, and migrants. What kind of discourses do manifestations of solidarity trigger, and what kind of pictures do they produce? How do they vary across time and from one place to another? What are the different ways that they have shaped individual and collective identities and imaginations? Contributions can include but are not limited to: revolutionary, embodied, spatial and affective solidarities; Cold War official and unofficial networks, the solidarity of/with the displaced; notions of re-framing, undoing and decolonising in relation to visual interpretations of solidarity; failed attempts and their visual and material cultures.

Witnesses to Existence: The ethics of Aesthetics

The ethical challenges to the visual representation of conflict are deeply problematic. The ongoing dilemma for photographers of suffering lies in the interplay between the desire to engender a social good – the ending of exploitation, discrimination or extermination – with the desire not to expose the victim to further unnecessary suffering, either in the performative act of being photographed, or the re-performative act of displaying that image to an audience. Concentrating on the practice of imagemakers, contributions will examine the visual strategies deployed by photographers in response to these challenges, including the role of advocacy photography in human rights work, the genre of aftermath photography, the forensic turn, and the role of alternative dissemination spaces like the gallery and museum.

Visual Activism and the Middle East

Conflicts are no longer the major global events they once were. Rather than exceptional events on isolated battlefields major-power conflict have been largely neutralised (Hariman and Lucaites, 2016). Where conflicts do persist, they can become routine and unexceptional, an everyday disruption that people adapt to and endure.  How do visual activists record relationships between everyday life and larger forces of domination, disruption and change as a consequence of ongoing conflict as a form of resistance?  With an emphasis on the middle-east, this strand will discuss the evolving relationship between visual activism, political resistance and photographic practices. In doing so, it will consider proposals that seek to explore how such acts of visibility making, including but not limited to traditional photographic practices, can exist or meet at a number of social, spatial and artistic intersections and/or can be understood as having multiple functions.

Pictures of conflict, especially those involving forms of documentation or reportage, have generally been dependent on technologies of transmission. These technologies have enabled pictures of conflict to be moved across geographical distances, to be technically reproduced, and to be circulated amongst spectators. They have included ‘wire’ systems for the rapid movement of images between distant points, different forms of printing and mass reproduction, and more recently, Internet-based social media platforms that have enabled professionals and citizens alike to upload and transmit pictures of contemporary conflict situations. This strand seeks to explore both historical and contemporary situations involving relationships between the visual representation of conflict and modes of transmission, asking how have such modes of transmission shaped the form and politics of pictures of military and political confrontations and struggles?

The Unresolvable Past: Post-Conflict Trauma and Representation

The persistence of traumatic memory is a recognisable part of post-conflict culture, often re-emerging long after the events that caused it to have ceased. As Bennett (2005) suggests, it is art’s affective power that enables it to go beyond apparent claims to the objective documentation of conflict in that the form of the work itself helps to convey more elliptical forms of understanding. This strand invites papers that engage with the active and selective representation of themes related to post-conflict trauma within visual or material culture. To what extent, for example, can narration or depiction provide a means of dealing with the cataclysmic past, and can this process ever be complete, or even sufficient?

The conference sessions will be held in the morning and afternoon on Thursday and Friday, 24 & 25 May 2018.

There is a limited amount of funding available to put towards travel costs. Priority will be given to conference presenters who are independent practitioners or scholars as well as early career and postgraduate students.

The conference and workshop are funded by the Postgraduate Arts and Humanities Centre (PAHC) and the Manchester School of Art Research Centre at MMU; RAH! the Research in Arts and Humanities public engagement programme at MMU; The University of Central Lancashire; AHRC NWCDTP Cohort Development Fund; the London College of Communication, UAL; the Jean Monnet Centre of Excellence at the University of Manchester.