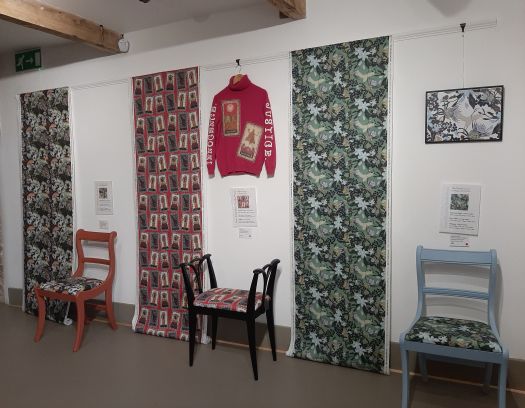 Textiles students have exhibited work at the Weavers Factory, a contemporary art gallery in Saddleworth, inspired by the artist and educator Joan Charnley, who studied at Manchester School of Art in the 1940s.

Before being restored and converted into a gallery in 2018, the grade-II listed building that houses the Weavers Factory was the residence of Charnley, who studied Textile Design at Manchester School of Art between 1948 and 1953.

After Charnley’s death in 2016, she left the building to her friends and neighbours Julian Bovis and Nigel Durkan, with the desire that it be turned into an ‘art house’. The Weavers Factory opened in 2019, with an initial exhibition of pieces from Charnley’s extensive travel archives in addition to artwork from Manchester School of Art BA Illustration with Animation students.

Warren Reilly said: “I was honoured to receive the Joan Charnley Textile Prize and extremely grateful for the opportunity to work alongside the Weavers Factory. I’ve really enjoyed being able to plan, curate and then exhibit my work and seeing my work go on display to the public was very rewarding. It was an absolute pleasure to be able to interact with the local supporters of the Weavers Factory and other creatives in the Manchester area. I want to thank everyone who took the time to come and see the show and for those who purchased works. This will enable me to continue my practice beyond this fantastic project."

“My work took inspiration directly from Charnley’s work, along with other historical references surrounding Medieval History and the mystical legends behind Tarot card readings. While using these references to inform my designs, the foundation of the project was to continue my questioning of modern-day society and the issues that we face. I took inspiration from a colour scheme which featured in one of the only collages featured in Joan's collection which incorporated bold pinks and contrasting monochromatic patterns."

I was honoured to receive the Joan Charnley Textile Prize and extremely grateful for the opportunity to work alongside the Weavers Factory.

Julian Bovis, Gallery Curator at the Weavers Factory said: “Joan dedicated much of her life to art education, she was passionate about young people and wanted to expand their minds. We chose to work with Manchester School of Art because Joan studied there in the 1940s and she always spoke so warmly of her time there.”

Speaking about the winners, Bovis said: “We looked for people who had done their research and that you could tell a story had occurred and that a journey has begun. Each of the three students we chose clearly knew their chosen area back to front and it shone out.” 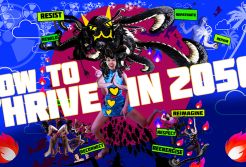 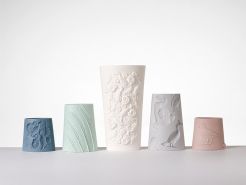 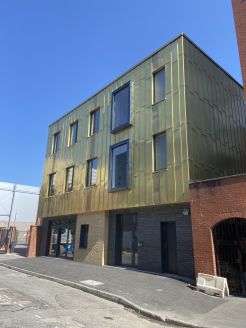