The universe of dots is empty because it does not contain anything but possibilities, and since it contains an abundance of possibilities, it is a full universe. Vilém Flusser, An Ode to Superficiality: Towards a Phenomenology of Media, 1995

'Griffiths Cue-Dot Observatory' is a body of work from 2006-13, using video, print, photography, writing and film to investigate an archaeology of movie changeovers. Griffiths has painstakingly sourced and removed the cue-dots from a series of films (cue-dots are a visual indicator to signal the projectionist that a particular reel of a movie is ending) and recombined them using handmade celluloid, video, installation, etching, vinyl and microfilm. By re-editing and re-visiting hundreds of archival clips from throughout the history of cinema Griffiths explores moving images as a visual art medium alongside their relationship to the structures and narratives of cinema. He aims to question the archival instinct, and think about our human urge to hoard and remix media fragments.

Works utilising handmade 35mm filmstrips, microfiche, and modified cinematic toys formed Griffiths' first solo show at Contemporary Art Norwich in 2007. His 2009 video Seers Catalogue (commissioned by g39/Arts Council Wales) creates a new mythological narrative structure charting the beginning and ending of a universe, and was awarded at Madrid Experimental Film Week and Swedenborg Society, London. Other works in solar print, writing, slide film, microscopy and lightboxes further utilise Griffiths personal archive and practice around the history of the cue-dot. The works commemorate the mechanical flux of celluloid, and reflect on our urge to hoard and recombine media relics in intimate acts of collective memory. 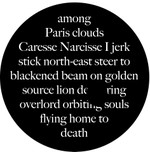 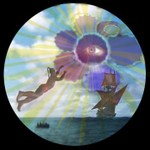 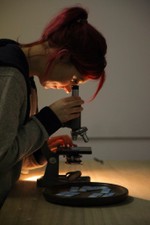 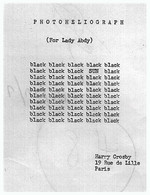 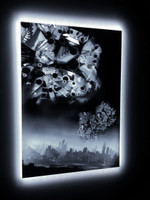