Cue dots are circular flashes of light at the outer edges of celluloid, with durations of 166 ms (or 4 frames). They indicate momentary voids  in time, space and narrative  as film projectionists perform changeovers between movie reels. Digitisation is gradually erasing cue dots from cinema history.

Phoenix Square visitors are invited to repeatedly examine 'Extinction Event', enacting the durational observation and speculation inherent to both astronomy and cinema. Viewers use magnifiers to investigate a data map of tiny cue-dot images embedded in the gallery window. In navigating and optically uncompressing its details, viewers observe light over time, in gestures that echo both space science and archival research.

Dave Griffiths drew inspiration from a short residency where he shadowed University of Leicesters X-ray and Observational Astronomy Group, which studies radiation from distant gamma-ray bursts  among the most violent and epoch-changing events in the Universe.

Griffiths used raw data and visualisations gathered during the residency to produce a new microfiche interrogating the Flusserian concept of the 'technical image'. He depicts the brief (400ms) explosion of gamma ray burst 130313A as an epic, cinematic and historical event. The microfiche maps the 'photograph' as an expanded complex of X-ray light data, satellite camera gestures, and social environment of the astronomers at their research facility. The project is completed by a teleconference recording, where an international team of astronomers (based at NASA, Russian and European telescopes) confirm and name the event. Griffiths also interviews Dr Kim Page (SWIFT satellite team) about the fictional effects of a gamma ray impact on a biosphere such as Earth. 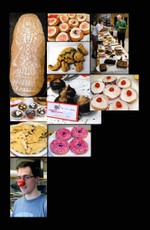 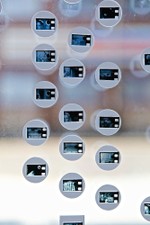