This project was inspired by the discovery of a set of 1920's Transport posters created for trams in Manchester in the library archives. These designs were, in part generated by students of the original Manchester School of Art.

Students from Illustration with Animation and Graphic Design were commissioned to reimagine the brief based on locations in contemporary Manchester and accessible via the public transport network. (This later evolved into a hook up with Metrolink and the use of one students work on an advertising campaign in the city).

The project culminated in an exhibition in the City Library June 2014 opened by council leaders, to coincide with the annual Manchester School of Art degree show. A number of students from Illustration were selected to have their work included in the print collection at the library and made available for sale as merchandise in the shop and via the library website.

Further collaborations with the archives are planned for 2015-16.
Project delivery coordinated at MMU by Ian Whadcock and Jonathan Hitchen. 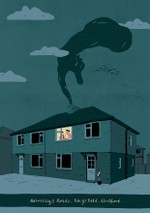 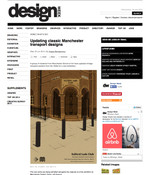