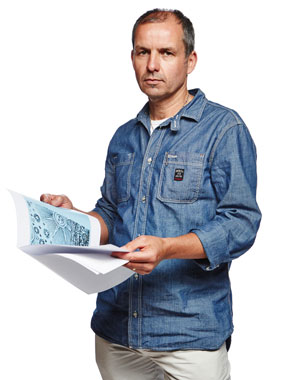 Ian Whadcock has a professional Illustration career dating back over 25 years prior to rejoining Manchester School of Art in 2014. Ian was previously a contributor to MMU over a number of years as a sessional lecturer and invited as a guest speaker from 1997.

Ian has a key role as third-year tutor promoting the student ambition through a range of external engagement initiatives. These projects are often connected to the city, it's heritage, stories and environment resulting in collaborative opportunities which provide valuable experience for the students, expanded ideas of what practice outputs in this area can be and an increased visibility for the IWA programme and Manchester School of Art across the city.
From 2016 Ian has been teaching into the MA Illustration programme as a specialist tutor Clinton Cahill and acting as co-supervisor for MFA students.
As part of his role Ian has taken responsibility for raising the national profile of the course through participation in the graduate showcase at New Designers in 2016, 2017, 2018 and promoting engagement with both the Design Council, Design Academy workshops and the Creative Conscience Global Challenge Awards.
Since 2015 Ian has also been developing social media accounts for the course and building an alumni/practice blog to promote wider awareness of graduate achievement to promote engagement with broader practice related areas of research on the course.

During his freelance career, Ian has been recognised with Gold, Silver and Bronze Association of Illustrator Awards, for commissions in the UK and abroad. Primarily based in the publishing and editorial field, his practice has been a regular fixture in The Guardian, Telegraph and Times newspapers and featured in The Economist, Wall Street Journal and numerous other magazines and publications. In 1999/2001 a large body of work was commissioned as part of a two-year advertising campaign for Powergen PLC including site-specific applications of artwork on London Underground, Heathrow and East Midlands airports and as Taxi Wraps in the city of London. This also generated a series of short collaborative animations for TV working with Picasso Pictures/Damian Gascoigne. Ian remains a career-long member and supporter of The Association of Illustrators in the UK.

Commissioned work has also previously been underpinned by a commitment to collaboration with community projects centred around design applications for the performing arts and local theatre.

Ian Whadcock has been a career-long contributor and supporter of the study of Illustration and has given guest lectures and delivered sessional programmes on a range of undergraduate courses across the UK, Including Falmouth School of Art, University of the West of England, Bristol, The University of Derby, Huddersfield University, Stockport College and Sheffield Hallam University.

Ian has also been an active member of 'Inspiring the Future' which develops links between practitioner, schools and colleges, based on raising the awareness and understanding of pathways into careers in the art and design field. 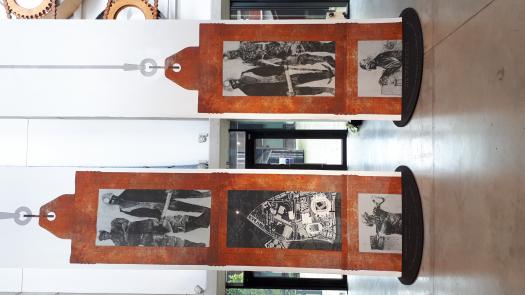 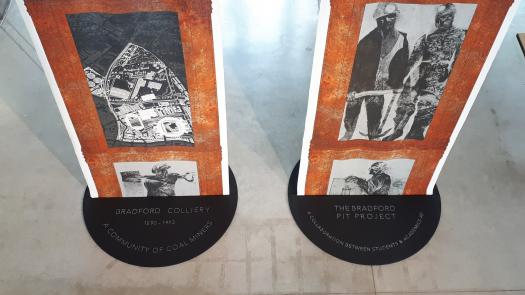 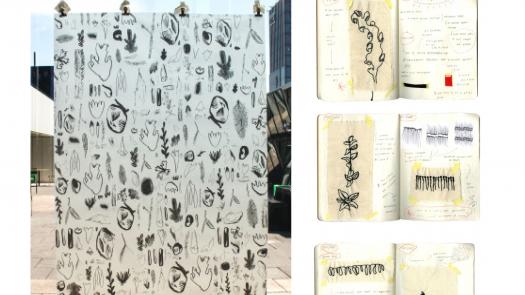 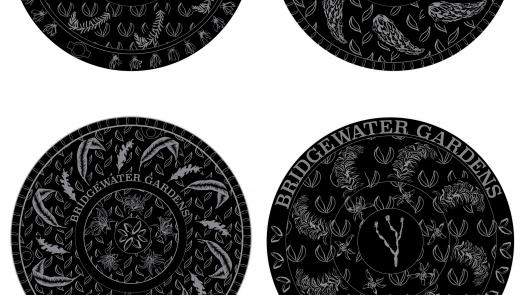 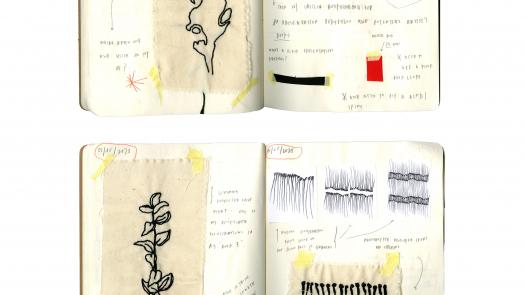 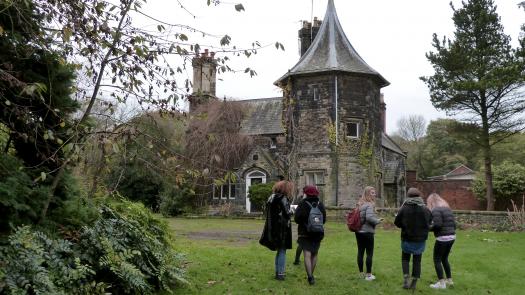 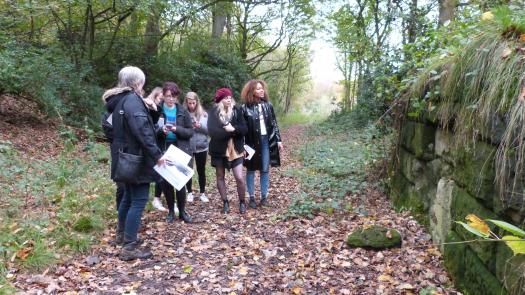 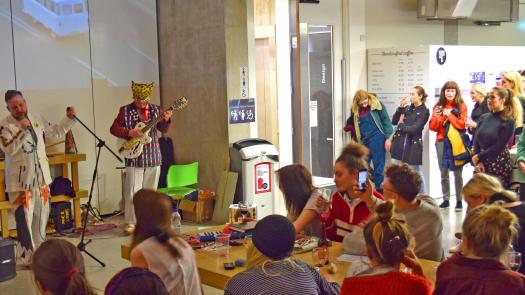 Exhibition: Imagined Realms Royal Cambrian Academy 22/10/17 - 11/11/17 Invited contributor to a group show thematically curated by Clive Hicks-Jenkins on theme of Imagined Realms - stories in the landscape. The show consisted of a mix of artists and illustrators from across the UK each in their own way inspired by the sense of place and narrative that resides in location, these links can be imagined, fictional, part fact, speculation, myth or lore. Details…

2017 Society of The Spectacles. Stelnikov's Glasses and Other Stories

Invited artist to contribute as a member of The Society of The Spectacles in the Granda Foundation Gallery at Home Manchester. The exhibition was curated by Susan Platt and consisted of 24 invited international artists/designers/academics working with a theme of spectacles and film. Details…

Publication 2015: A New Manchester Alphabet. A unique collaboration between the Manchester Writing School, the Manchester School of Art, Illustration with Animation and MMU Special Collections. Details…

Developed over a 12 month period the project began with a request to illustrate a collection of 100 Lateral Thinking problems written by Dr Lloyd Strickland from Humanities. Through an extended series of meetings and conversations over a 6 month period, including Mark Ratcliffe in RKE, a project was delivered in April 2016 facilitated by Digital Innovation /Hayley Walsh. Details…

A project with origins in the 3D Design course and ex 3D student Lauren Murphy, extended through Humanities in Public and the Manchester Histories Festival to create an exhibition in June 2016. Taking part were Department of Design/Media programmes 3D Design, Illustration with Animation, Graphic Design and Photography. Details…

The project evolved out of as series of informal conversations around use of social media in teaching in MIRIAD in the early part of 2016. These sessions were open invitations from Lewis Sykes to provide support with regard to developing these aspects of programmes or personal projects. Details…

A new Illustrated book of Children's Poetry 'Let in The Stars' published by MMU in July 2014. Poems were selected by invited submissions from across the world and published via a collaboration between Manchester Writing School and Manchester School of Art, Illustration with Animation students. Details…

Initiated by David Govier at the newly reopened Manchester City Library. This project was inspired by the discovery of a set of 1920's Transport posters created for trams in Manchester in the library archives. Details…

A Sesquicentennial Edition of Lewis Carroll's 'Alice's Adventures in Wonderland' I was contacted by Dennis Hall to take part in this project in March 2014 - published April 2015, with a charming hand written letter and a nominal fee. An open brief to work with Chapter 8 titled - The Queen's Croquet-Ground. Details…

Students from IWA L6 were invited to participate in the new RHS Bridgewater Gardens development in Worsley north Manchester. The site represents over £20million pounds of investment in the largest garden restoration project in Europe. Details…

Established in September 2010 there has been a creative partnership between Ian Whadcock and The Fallibroome Academy Performing Arts Department, to generate advertising and design outcomes for theatre productions in music, dance and drama. These range from one off events to annual What's On Guides, full production programmes and outdoor festivals. Details…

Stage Design and artistic Direction with Prestbury Youth Pantomime. This partnership is now in its third year with the remit growing with each production. Details…

A personal body of work commenced June 2013 exploring the use of drawn thoughts, memories and photographic records derived from walks in and around the White Peak on the Cheshire, Derbyshire borders. The work seeks to explore the relationship between differing internal and external journeys undertaken simultaneously whilst en route and how these are translated and communicated through the resulting artworks. Details…

Ian Whadcock is a member of the Design Research Hub.

Whadcock, I., 2015. 'Alice In Wonderland: Chapter 8 the Queen's The Croquet Ground', Manchester.