A project with origins in the 3D Design course and ex 3D student Lauren Murphy, extended through Humanities in Public and the Manchester Histories Festival to create an exhibition in June 2016.
Taking part were Department of Design/Media programmes 3D Design, Illustration with Animation, Graphic Design and Photography.

The project is a cross programme collaboration with 3D alumni Lauren Murphy and an external partner, with the aim of generating awareness and knowledge exchange based around the now largely invisible history of the Bradford Pit Colliery in East Manchester (the site of Sport City/Ethiad Stadium).
Whilst the on going community project is focussed on establishing a permanent memorial for the site, this exhibition created a 10 week research project across programme disciplines for installation at Beswick Library in June 2016, to coincide with the Manchester Histories Festival.
The project involved site specific visits, primary research with documents, archivists and artefacts, and access to oral histories/ transcripts collected by Lauren Murphy.
This proved particularly successful for Illustration with Animation where 3 final year students developed strong bodies of work that formed their end of year submissions and degree show. Including an Alumni Award and place in the vertical gallery for illustrator David Howe, and a Manchester Academy of Fine Art Award (Print) for Antony Cross. In addition two of students have now been offered the opportunity for this work to be on display in London for a twelve month period from July 2016.

The project was well received by the community and plans are under way to extend the exhibition beyond the original period.

The contributing departmental staff Jenny Walker/Jonathan Hitchen and Ian Whadcock are looking at ways of describing/publishing, extending and developing this research through conversations with Professor Martyn Evans, summer 2016. 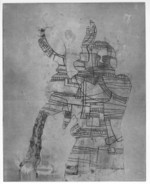 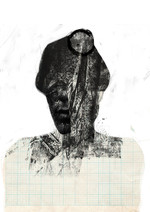 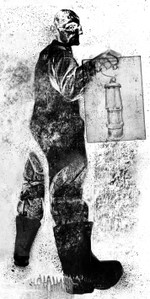 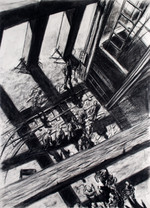