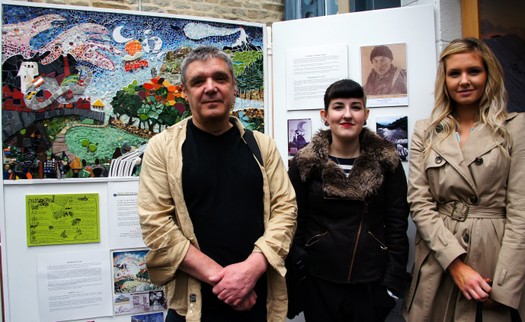 Head for the Hills: exhibition at Moorland Centre, Edale, April 2012

To mark the 80th anniversary of the Mass Trespass on Kinder Scout, Langley Brown worked with final year History of Art and Design students Emily Wheeler (l) and Sally Proctor (r) to make a small-scale version of an original mosaic mural that had been made by artists, users and staff in central Manchester's mental health services in the 1980s. The replica was accompanied by an exhibition of material from the Arts for Health Archive illustrating the original project.