Practical clay workshops running from September 2000 to April 2001 explored the refugees experiences of conflict, displacement and relocation through the production of figuratively decorated ceramic tiles and pages. The results were both cathartic for the makers and poignant for the viewer.

Dixons subsequent work around the asylum issue questioned the politicisation of attitudes to refugees and asylum seekers in the UK, particularly in relation to their demonisation in the popular press.

The project culminated in a composite ceramic sculpture, Fortress, exhibited at Manchester Art Gallery in March 2005.

Stephen Dixons residency, via Amnesty International, allowed him to develop his work in political ceramics through evening workshops with Kosovan refugees and asylum seekers in Manchester. He acted as facilitator for the participants recalling and drawing the experiences which led to them leaving their own countries, helping them put such images as houses being destroyed, tanks and airplanes onto ceramic tiles which were exhibited at Amnestys annual general meeting.

From the article Making a Difference by Pamela Buxton, Crafts Magazine July/August 2001. 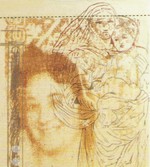 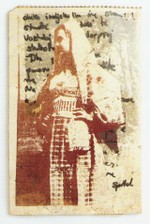