The Restoration Series developed from research undertaken during a six month residency in the Victoria & Albert Museums ceramics studio (September 2009 to March 2010). Taking the form of a related group of ceramic portrait heads, Restoration Series, adopts the convention of the commemorative portrait bust, to explore issues of fundamental human rights (particularly freedom of expression). The portraits are based on three Nobel Peace Prize winners, Carl Von Ossietzky (1935) Aung San Suu Kyi (1989) and Lui Xiaobo (2010), linked by the fact that, as prisoners of conscience at the time of the award, none of the three were at liberty to receive their prize from the Nobel organisation.
Restoration I, Aung San Suu Kyi, is the first piece in the series. Working within the tradition of the political portrait, this piece was made in response to the release of Burmese human rights activist and political leader Aung San Suu Kyi from house arrest in November 2010. The work looks optimistically forward to a restoration of democracy in Myanmar, and this fundamental metaphor is explored by paraphrasing the archaological/museological convention of reconstructing historical artefacts from an assemblage of ceramic fragments. The portraits of Liu Xiaobo and Carl von Ossietsky were completed in 2012 and 2013 respectively, and the series installed in the Contemporary Ceramic Galleries at the V&A from March 2013 to March 2014. 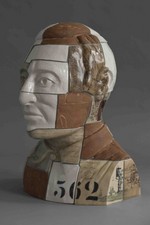 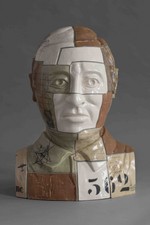 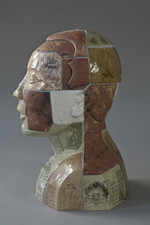 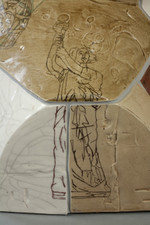 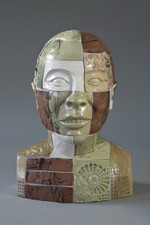 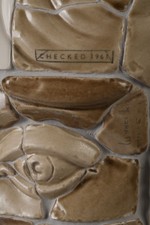 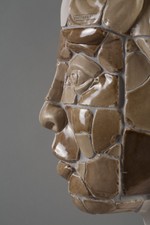 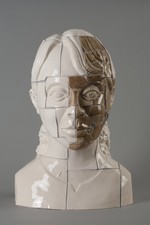