The touring exhibition 'Resonance' was developed in collaboration with the Staffordshire Museums Strategic Consortium as an artistic response to their collections of First World War artefacts, documents and archives. The exhibition featured new ceramics and installations by Stephen Dixon, with complimentary photography and film by Johnny Magee.
Collectively, the works looked at the ways in which the Great War affected the people of Staffordshire, examining themes of absence, loss and shared hardship, and considered how these themes resonated within the material objects found in the collections.

Resonance was funded through an Arts Council of England G4A grant and toured to seven Staffordshire museums, from March 2015 to April 2016. A rolling programme of new works responded differently to each venue, changing and evolving as the tour progressed. The tour culminated in a final exhibition at the Wedgwood Museum, Barlaston, March 1 to April 30, 2016.

Pocket Shrine (detail of 'Christ of the Trenches') 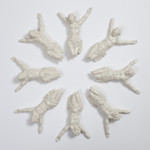 Christ of the Trenches (detail) 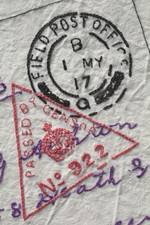 From your loving sweetheart (detail)

They Didn't Believe Me! 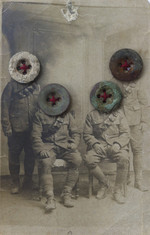