The Palgrave Handbook of Anarchism

Anarchist modes of 'doing architecture' may seem, at first, a seemingly irreconcilable dichotomy. How can something as regulated, controlled, planned and expensive to execute as the building of buildings possibly take place in an anarchist mode? Yet our attitude to architecture has developed along side the professionalisation of the architect and the industrialisation of the practice of building buildings. Since the 18th Century architecture has become a profession of the elite. I will argue that the form of architecture and urban development in which anarchist modes of doing are most evident is the building of shelter, housing specifically.
The more contemporary history of residents occupying their homes to prevent demolition or resisting plans for "gentrification" continue to provide templates for the way in which anarchist practices can take control of the architectural process.
The 1970s provide a key period in which practices of resistance to architectural professional hegemony emerged. Examples such as the SOLON housing and architectural works co-operative or the co-operative housing groups created to resist demolition in Liverpool and the Architects' Revolutionary Council, as the rebellion of the professionals against the profession, provide a springboard from which late 20th and early 21st century forms of resistance to neo-liberal architecture and urban redevelopment can be analysed.
The development of a new anarchist vernacular of housing architecture in particular, will not emerge, if, as argued by Colin Ward:
'... we insist that every last structure has got to be blessed by the magic of the architect'. 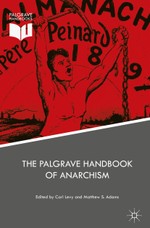