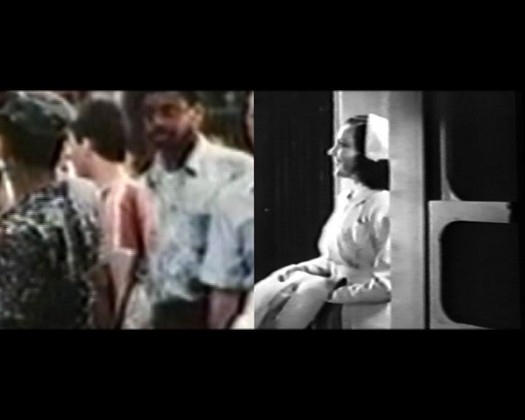 The King of Karanga

In 1980 I was standing at an intersection in New York and noticed someone was making a film. Ten years later I got the film out of the video store and slowed it down and found I was in it, as Man Who Turns His Head. 15 years after that I found another film on the internet called East of Karanga, the chief protagonist of which is a character called Steve Hawley.

In The King of Karanga these two films become interwoven, so that the real and the fictional Steve Hawleys face the possibility of confronting one another