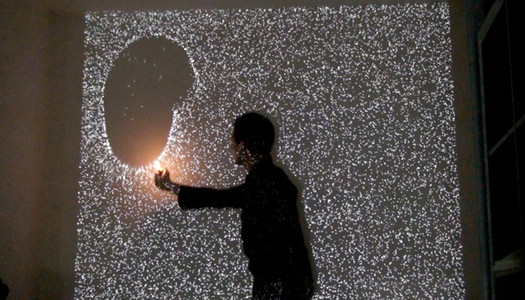 eMotion is based on objects (like particles, text, drawing strokes, quartz compositions). The creation of motion in the program is laid on a physical model, aka physical forces that are applied to the objects.

The forces can be created by using movement brushes, or by defining a relation between a controller and a set of objects (for example a wiimote and some text).

The objects are organized in layers, and each object can have his own sets of physical rules.

The evolution of the physical rules along the time can be recorded in the script window. A script is the only way to record/save your animations.