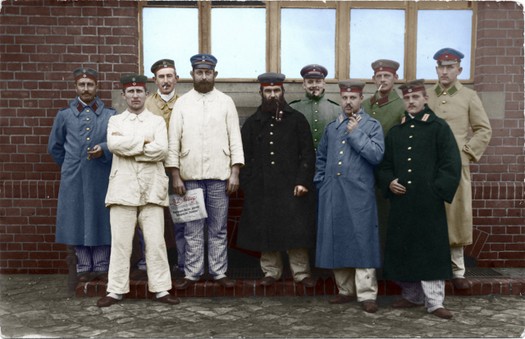 During 1903, cameras were introduced (initially by Kodak) which created black & white postcard sized images, commonly known as 'Real Photo postcards, enabling people to make a postcard from any picture they took such as this one taken in Berlin in 1914.
The message on the postcard (written in German) reads:
Schoneberg, Berlin, 11th Dec 1914
Dear Aunt Lotte,
Lubeck wrote to me this week and amongst other things said that Hermann will finally head out to the front line. They are moving soldiers out either today or tomorrow, will Herman be part of that? The 93's are due out there on the 20th December, so I will go with them next week. How is Uncle doing with his heart condition?
With the warmest wishes, Richard