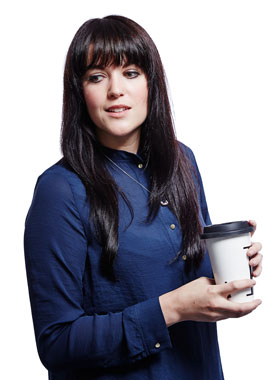 Lucy works predominately with L6 students throughout their final year, when practical understanding meets with conceptual endeavour. She designs and leads on the final year Degree show and external London Shows, and is a member of I:E Interior Educators. Lucy recently works as the Educational Lead for Interior Design and meets regularly with the Education leads across the design department.

Unit X has resulted in some exciting live projects, working on and winning Retail Expo student competitions and recently working with Lesley Batchelor from Hemingway Design on a live brief in collaboration with Shelter. These projects embed professionalism and are rewarding and fast paced.

As Unit leader for CP3 (Contextual Practice) Lucy encourages an underpinning of student projects with rigorous research and theory. She has also worked with CP1 as a Seminar Tutor encouraging meaningful dialogue with the first years about their role and place as designers. Lucy is passionate about the link between studio design work and contextual practice.

Lucy is currently the Course Disability Co-ordinator and is tasked to look after all students with Personal Learning Plans. She has a BA Hons in Interior Design, and MA in Design and is currently working towards her MA in Academic Practice at CELT.

Lucy is a designer that shares her time between Manchester School of Art and Broadbent Studio, where she forms part of a busy creative team. Broadbent Studio has a strong design philosophy with a varied and rewarding portfolio, from public art to urban regeneration and integrated art and landscape design. The demands of the studio are within design and also the making surrounding the expertise of sculptor Stephen Broadbent. Lucys practice by nature is cross-disciplinary, and she takes on a range a roles from facilitator, listener, mentor and researcher to designer, visualiser, communicator and maker. 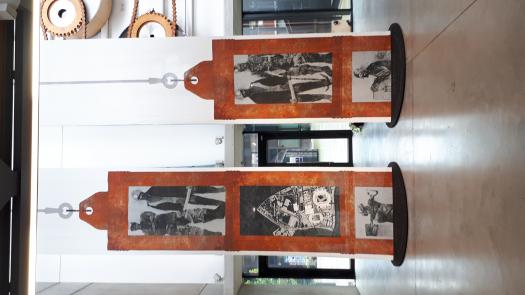 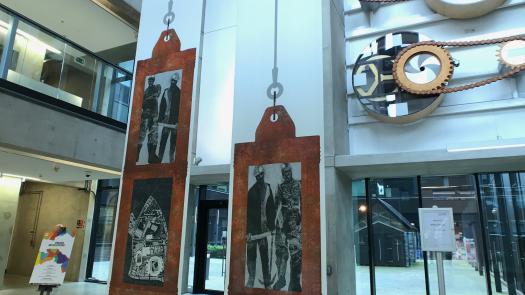 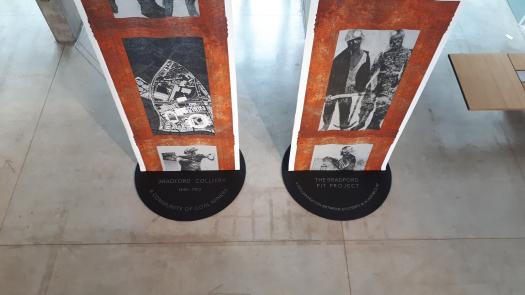 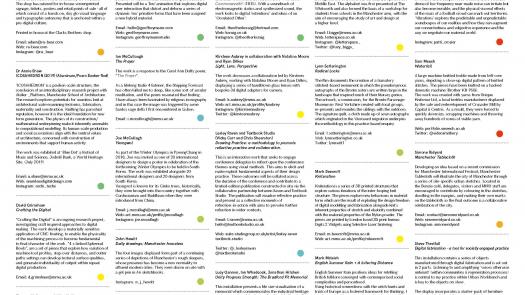 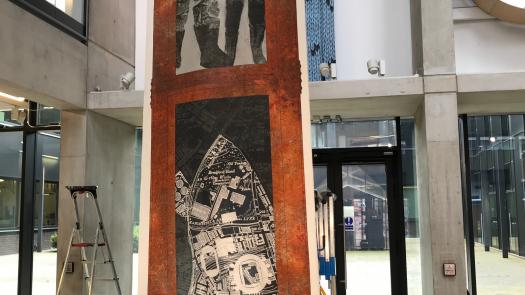 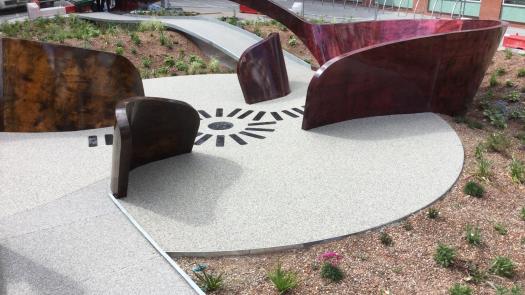 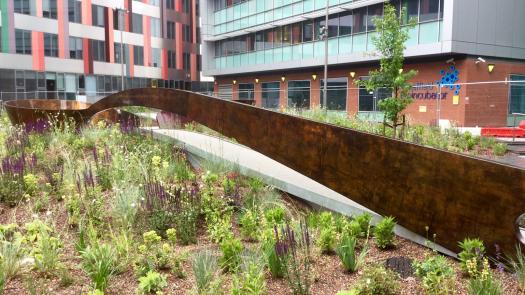 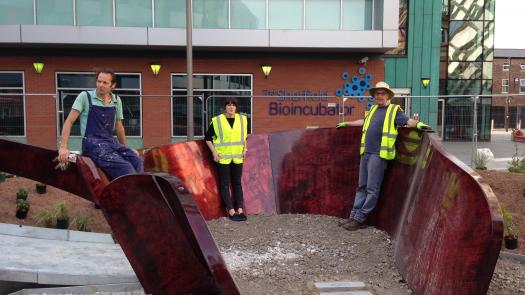 I began by posting the phrase; Id like to see here to local residents during the public consultation for the new town square. The most popular answer was; Live music, which resulted in an overarching theme of performance and the need for the creation of a place that the people of Alsager could use for live events. Details…

Running with themes of the Greening of Sheffield, we created this bold garden in an unused space behind the new Diamond Building. We pushed the original brief and wanted to create a real transformation. Details…

Seed was a commission for the atrium of Liverpool Hope Universitys Gateway Building in 2008. By rolling laser cut weathering steel it creates a more 3D aspect and the accentuates the feeling of movement. Details…

Working with Landscape Architects Planit-Ie, we created 5 integrated sculptural gardens for Daresbury Sci-Tech Park. The path through the park carries the idea of a pathway of light. Details…

Pavement Table / Meet me at the Precinct

Investigating the meanings, value and significance of a place to sit Pavement table represents a section of Chorlton pavement, riddled with cracks. It is a focal point to sit around. Details…

Propellers of the City - Sunderland

In 2012 Broadbent Studio was commissioned by Sunderland City Council to create an integrated artwork, which celebrates the lives of those important men and women who helped create a world class shipping industry. To create a square, we thought it would have to be impressive, inviting as well as meeting a number of practical requirements, but moreover it would also need to tell a story; it was shipbuilding that put Sunderland on that map. Details…

Research Lucy believes in responsive design that is grounded in layers of meaning, history and place. These are spaces designed for social interaction, community use, or shared public spaces. Details…

This installation presents a life size visualisation of a memorial designed by Lucy Gannon which commemorates the industrial heritage and community of the former Bradford Colliery in East Manchester, now occupied by SportCity and Etihad Stadium. It is the culmination of The Bradford Pit Project, initiated in 2013 by Lauren Murphy, a BA(Hons) 3D Design alumnus, and her research into memorial crafts. Details…

Lucy Gannon is a member of:

Gannon, L. Davidson, P. Broadbent, S, 2015. 'Propellers of the City', Publication commissioned by Sunderland County Council and presented to all people who donated a face for the project.